What’s the Difference Between a Cesspool & a Septic Tank?

When you’re buying a home, one extremely important item that’s easy to overlook is the waste storage system. Most modern homes will have a septic tank system, but older homes may have a cesspool.

Both a septic tank and a cesspool are designed to receive and hold sewage, but the differences in how they work and what that means for your yard, the environment, and your wallet are important to understand.

The cesspool is one of the oldest solutions to human waste problems, and early versions can be traced as far back as ancient Greece, India, and Rome.

In contrast to septic systems which are designed to separate solid waste from liquid waste, a cesspool is essentially just a hole in the ground lined with concrete or other stone that collects all of the plumbing waste from your house.

Everything that goes into a cesspool sits there, mixing and (very slowly) breaking down together, while most of the liquids are eventually allowed to leach out into the surrounding soil.

How Does a Cesspool Work?

As we mentioned, a cesspool is simply a permeable pit that stores waste underground. Since the waste inside isn’t being treated, when it mixes it can create hazardous gas and become toxic. This is why it’s so important to only have your cesspool opened by a trained professional.

A cesspool also doesn’t separate water from solids. Because of this, the water that leaches out into the surrounding soil is highly contaminated. A lot of that contaminated water will make it’s way into the water table and/or nearby waterways.

Government regulations were put into place decades ago throughout the United States to prohibit the installation of cesspools on newer homes due to the contamination risk to groundwater.

In Suffolk County, new homes constructed since 1973 have required the installation of a septic holding tank and a leach field.

However, existing homes with cesspools were grandfathered in until very recently which means homes that already had cesspools were allowed to replace them rather than upgrading to a septic system.

Because cesspool installations are cheap and easy, even though the technology existed for more environmentally-friendly systems, homes that were built before 1973 in Suffolk County were likely built with a cesspool, and ones with failing cesspools likely took advantage of the replacement option.

While easy to install, cesspools can be expensive to maintain.

How often you need to drain your cesspool depends on a number of factors; mainly size, usage, and age.

Residential cesspools that get a lot of use will usually need to be pumped regularly because they are smaller. If you don’t keep up with maintenance and draining, you run the risk of the waste backing up into your home through the pipes. Needless to say, you don’t want that!

Heavily used, older systems will also see the surrounding soil become so oversaturated that the water has nowhere to go and the cesspool becomes useless or will require nearly constant pumping.

What is a Septic Tank?

A septic tank is an underground holding tank that is a part of the larger septic system. Septic tanks are designed to separate solids from liquids to allow the liquid to reenter the ground without becoming overly contaminated first, and to let the solids breakdown through anaerobic processes and then eventually pumped out of the tank for permanent disposal.

How Does a Septic Tank Work?

When wastewater enters the septic tank, the included solids settle to the bottom while the liquids make there way out into the drainfield. In the drainfield, the waste water is filtered naturally as it passes through the soil and eventually makes it’s way into the groundwater.

The septic tank itself is a fully-enclosed system, unlike a cesspool, so the solids are contained in the tank. It’s here that they are broken down through anaerobic processes, and the remnants are kept in the holding tank until they can be pumped out.

The frequency you’ll need to have your septic tank pumped will vary based on size and usage, but in general it’s good practice to have it done every 3 to 5 years.

Septic tanks are a clear progression in waste disposal from the days of digging holes in the ground and dumping waste in them.

However, traditional septic systems have their own issues and still do not remove a lot of the nutrients, primarily nitrogen, that we don’t want leaching into our waterways and water table.

For this reason, new I/A OWTS septic systems were developed to improve upon the original septic system design. These systems help remove a significant amount of the nitrogen biproduct of human waste before it enters into our waterways where it can cause a number of problems.

The good news for Long Island homeowners and homeowners through New York State, is that there are a number of grant and rebate programs available that might allow you to upgrade your existing system at no out of pocket cost to you.

Consulting with a qualified professional will help you maximize every dollar available to you under these programs and ensure you pay as little as necessary while minimizing your impact on our local environment.

PrevPreviousWhat is a Cesspool?
NextWhat is a Leach Field?Next
Learn

What is a Leach Field?

Leach fields are an integral part of your home’s plumbing system. Septic tanks fill up with wastewater and solid waste, but the water needs to

There are several private wastewater systems, but one of the most misunderstood options is a cesspool. You may have heard the term “cesspit” or “cesspool,”

What is a Pressurized Shallow Drainfield (PSD)?

Septic systems often use gravity to move wastewater to the drainfield. With a gravity-fed system, the wastewater is partially treated while it’s still in the

Septic systems are the heart of a home’s plumbing system. If there’s an issue with your septic, you’ll definitely know. Backups can occur, foul odors 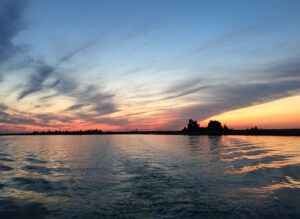 READ MORE »
About
About Us
Careers
Contact Us
Menu